Lumbar spine and disc problems are in western countries one of the most frequent sources for absence of work. Lumbar disc operations are among the most frequent operations performed in European countries. Lumbar disc herniations mostly occur spontaneously, with a sudden onset of sharp shooting electric like pain radiating into the leg. Many patients suffer from low back pain in the weeks prior to the acute onset. Pins and needles as well as weakness are frequent. Acute therapy consists of pain and anti-inflammatory medication. In case of severe weakness, loss of sensation for urination or quick reduction of pain with increasing weakness, diagnosis by MRI is urgent and operative therapy, too.
Many disc herniations do not need operation. However, when symptoms do not improve under conservative and sometimes invasive pain therapy (e.g. epidural injections) or when neurological deficiencies persist, one must seriously consider an operation. 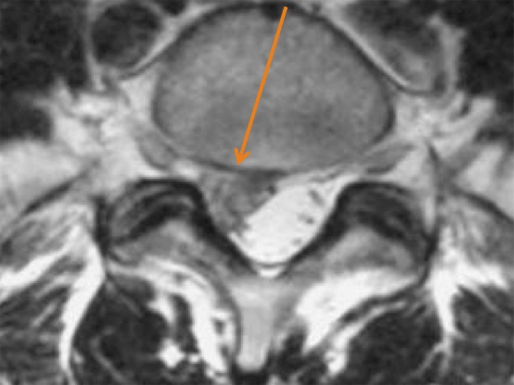 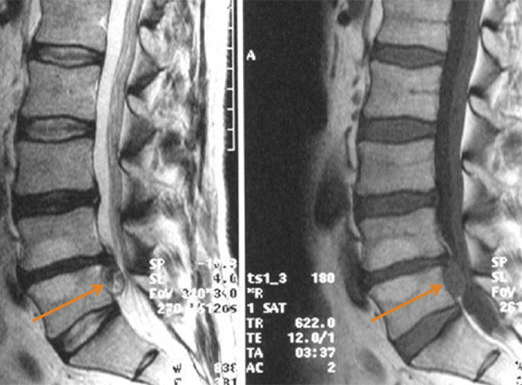 Spinal stenosis is usually seen in the later decades of life due to degenerative changes (see above). The older people get the more frequent symptomatic stenoses are found.

Complaints of spinal stenosis begin slowly and are gradually progressive over months to years. Typical complaints are numb radiating sensations into the buttocks and legs when standing or walking for a long time. Sitting gives relief, as well as lying down. In severe cases walking distance is reduced to several steps and pain appears during the night as well. Weakness or even paralysis is not a frequent symptom. Most patients are severely impaired in their daily mobility by increasing pain.
In the early stages of the disease physiotherapy, warmth etc. may help, but in later stages when complaints are severe only operative decompression will be a positive therapy.

Treatment of spinal stenosis by wide bony removal of all dorsal structures (laminectomy) and fusion with screws and rods is still considered as being the gold standard. However during the last few years more sparing techniques have been developed.
I perform a microsurgical tailored decompression which leaves dorsal structures intact and only removes impinging tissue in the spinal canal. Thus stability of the spine can be preserved and operating trauma is much less. This technique is applicable when several segments are affected and they can all be treated in one operation. The hospital stay is usually only between 5 and 7 days. The recovery phase will depend on the severity of symptoms prior to the operation and may last for several months. 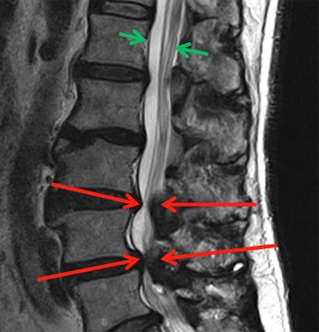